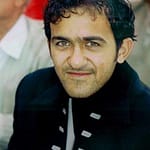 (Today, e-abhivyakti presents the mysterious journey of literary life of Mr Ashish Kumar.  He has well researched Hindu Philosophy, Science and quest of success beyond the material realms.  We will share about his books, synopsis/excerpts separately in book review section time to time.)

Ashish Kumar currently residing in Delhi, is basically from Haridwar, Uttarakhand. He earned his B.Tech. (IT) from SRMSCET, Bareilly, UP in the year 2004. Ashish has also completed C-DAC from Delhi, back in February 2006. His large span of interests finds its home in the Hindu Philosophies and science, and a quest of success beyond the material realms. He has already five books published to his credit (all are of totally different realm) which are ‘Love Incomplete’ (in English) – A failed love story, ‘Kya Hai Hindustan Mai’ (in Hindi) – comprises of two parts. Part one – ‘Kya Hai Hindustan Mein’ talks about author’s experiences that he has observed while on the road, during travel and in day to day activities of the life in India. Part two – ‘Pehle aur Ab’ talks about the differences that are significant in the life of 1980’s and now.  Third is ‘Detail Geography of Space’ (in English). In ‘Detail Geography of space’ Ashish has tried to present an unify theory of anything, from which we can solve all the unsolved problems of universe including Physics, Chemistry, Biology, Quantum Theory etc. means he has tried to show how the universe works from macro to micro level and how from one theory we can prove other aspects of universe, because all the elements of universe works on very same pattern.  He has sent copy of his third book ‘Detail Geography of space’ to greatest scientist of our generation ‘Stephen Hawking’ for review. His first research article was published in the International Journal of Engineering and Scientific Research (IJESR), December 2015 edition, with title ‘Theory of Anything – Sankhya Philosophy’.

His fourth book was ‘The Ruiner’ (in English)

Describing about his journey authoring the book, ‘The Ruiner’, Ashish elaborated that he has had interest in science since his childhood. He had started reading Hindu scriptures 11 years back. He was looking forward to explain all unsolved problems of science and lost philosophy and essence of Hindu scriptures and Mythology which are breath of every Hindus.

Ashis further describes that according to me about my book ‘The Ruiner’, “I added my twelve years research, experience, exploration, quest, desires, and emotions of the most difficult topics of the universe. But most of all, this book is written by the secret guidance of that Infinite power, which has given me suggestions, points to add in this book, and clarity of concepts. Some are a wonder for scientists; others can be helpful for scientists. I have received signals and instructions from God in the state of meditation, dream, and dreamless sleep. Only I know how much pain I have taken to dedicate my whole life into this book. There is no number of counts available which can tell me how many nights I have spent without sleep—even sleep was trying to give me warning that either enjoy me or be ready to break apart. I faced continuous headaches, which I had been facing from last twelve years, is finally able to justify my efforts in the form of this book. For the last ten years, I was going through many of the ‘-ally’ situations—I was broken—mentally, physically, financially, economically, socially, emotionally, logically, etc. This book will take you on a journey of mysteries. You will find explanation of some facts which you have been hearing about from your childhood, and suddenly they will change.

I have read all the possible available scriptures on Hinduisms including 4 Vedas, 18 Puranas, more than 108 Upnisadas, all available versions of the Bhagvad-Gita, The Ramayana, The Mahabharata, Upanishads, Vedas, Vastu-Shastra, Astrology, Palmistry, Music, Ayurveda, Mythology, pPilosophy, Agamas and many more. I have read more than 3000 books in last twelve years, of religion, philosophy, science, etc. in physical format and e-books. I have researched immensely on the Internet to satisfy my quest for knowledge upon which this book is based.

About his book ‘The Ruiner’ he describes two boys and two girls of the current era are in the quest of mythological history of Hindu scriptures. Their aim and hobbies are different. Even their professions are different. They have come together to explore the fascinating story of the world. Yes, they have come together to walk on the footprints of Lord Rama and Lakshman in Sri Lanka. There they meet their guide, a person who explains and also makes them visit places of Ramayana like they all are part of that era. They also got the answers to some facts which no one knew before, such as: Ravana knew Clone Science and created 1 lakh clones of his sons and 1.25 lakhs clones of his grandsons. Where are they now? Ravana knew the science to use moon energy to prepare food. How? How were Gods able to transport themselves from one location to another? How Ravana created the link between this realm to heaven? What is the science behind Indrajaal, Mohini Astra, Lakshmana Rekha etc? Why did Goddess Sita demand golden deer? Why didn’t Lord Hanuman kill Bali? What is Sita’s Gita? How did Lanka get its name, Sri Lanka? What is the significance of Dakshinamukhi and Panchmukhi Hanuman? Why is moon revolving around the earth with overlapped of one paksha of 15 days? How could Kaalnemi fly faster than Lord Hanuman ? What is the science behind Weapons Shakti, Brahmastra? What is the Science behind Sanjeevani medicine? How can Pushpak Viman fly at a different speed? Is reason behind Mahabharata war was Lord Krishna? Can we stop aging by manipulating our DNA? How do Karmas work? Do curses and boons affect our karma? Prana, consciousness, and soul are the same or different? What is the science behind Amavasya? Who is the goddess of moon phase? What is the Science behind sacrifices? Is any other formula more powerful than E=mc2. If yes, what is that? Is inter-caste marriage responsible for crime and corruption in our society? How do emotions impact our mind and body? What was written in Lord Hanuman’s Ramayana? How our karmas mapped over our DNA coding? What is the science behind the dreams, different bodies etc? Where in our body different planets of cosmos are located? Do we know the teaching of more than 40 Gitas? Can we reduce the size of computer storage by 1/8 by using Sanskrit grammar? …and much more…  But the most earth-shaking truth is when they know that actually there is an unsolved mystery of Ramayana era is still present. The four are face to face with an unsolved mystery which the world has never thought of.

In his fifth title ‘Sachchai Kuch Panno Me’ (in hindi) he has shared his experiences about common life of an Indian. These are author’s own memories, which make him to feel different flavors of emotions. These all are true incidence of 9 different emotions of human life means love, laughter, compassion, anger, courage, terror, disgust, surprise and peace. All stories are of three or four pages only so book contains 27 sort stories 3 of each emotion.

On asking that who he believes was the most supportive and important for the successful publishing and releasing of these book, Ashish said that his father and his mother have inspired and supported throughout this complete journey. 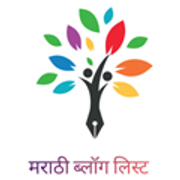